Both Mr. Tengco and Ms. Chou encouraged local Asian American seniors to not only vote themselves, but also be part of the outreach efforts and tell their friends and family members to cast their votes in support of Secretary Clinton.

Wherever they went, they were greeted with a warm and enthusiastic embrace and welcome from seniors who were anticipating Secretary Clinton’s victory tomorrow. During one of the stops, a 102-year-old senior stood up and emphatically stated that tomorrow, early in the morning, I would go out and vote for Hillary Clinton” and encouraged all to do so as thunderous and encouraging shouts and chants of “Hillary, Fight” persisted. 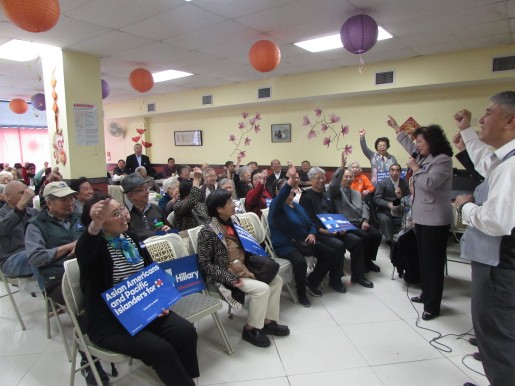 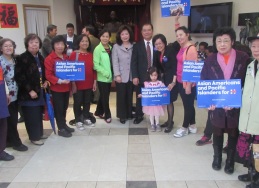 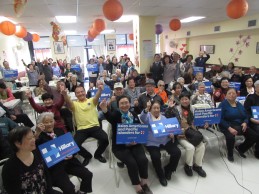 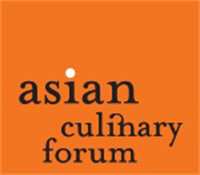 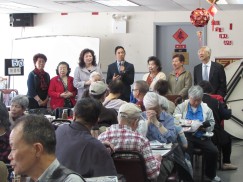 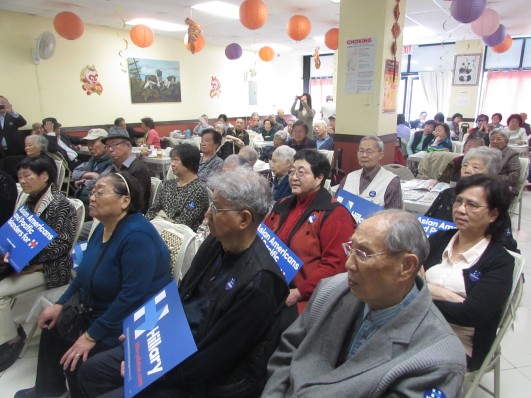 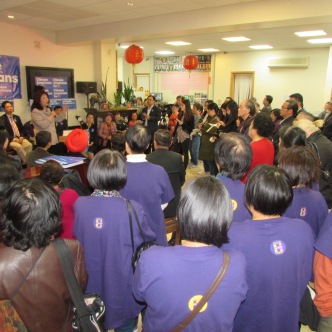 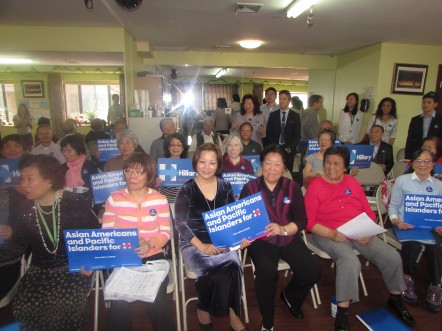